Sorry guys, I have Blog Block - just checking in and checking out again...........
Bear with me while I sort my head out. 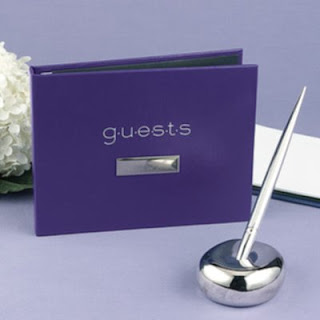 If you want to leave your mark, sign my guest book (comment) and leave a meaningful sentence.....
Meanwhile: Look what I saw today - this is the coolest flight of the bumblebee ever! Nick Lachey rules!

Does Your Mother Know...?

So, where was I tonight?

And young Philip Michael isn't too shabby either...... [wink]

My new addiction is causing me heartbreak.....

When I took up re-enactment in August 2006, at the constant exhortations of my dear Aginoth and Mrs Aginoth, my first event was a stunningly sunny warm weekend at the deliciously romantic Caerphilly Castle. 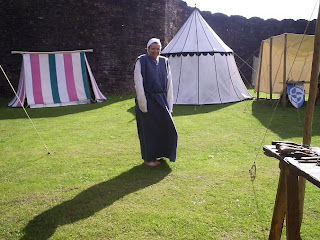 One weekend roaming around in a long dress and barefeet and I was hooked.
The next event was at the end of season event at Caldicot Castle and I had a bad case of the norovirus, and some people felt I had been put off by throwing up every ten minutes in a field.....
But in January 2007, I tipped up for the Focus meeting, went to the markets and stocked up on reproduction medieval kit. 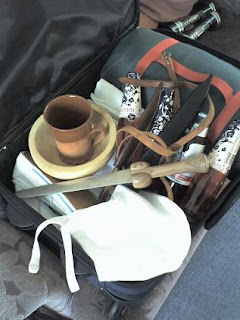 At the beginning of last year's season, while watching the activities around me, I thought that hammering coins looked simple and interesting, so I learned to do that.
I came home and routed through the internet, finding out about 14C coins and their production.
From then on I was the Company Moneyer, hammering coins every other weekend in the Summer, come rain or shine.
Well, more rain than shine........Last year was the now infamous flooding of Berkeley Castle on the biggest event weekend of the year.
But we soldiered on. At the end of the season I was diagnosed with carpal tunnel syndrome due to the hammering, and spent Christmas in a wrist brace.

At the 2008 Focus Meeting early this year I volunteered to be Membership Officer, which meant I was on the Company Council. I inherited the old Company tent and plans were made to share it with two other women of the same age.
It was decided that hammering was difficult for me, due to an elbow injury and so I spent this year training my new apprentice and picking up the spiel for the spinner/dyer.
I took up a part in the Crime and Punishment show, which was a blast, and the 'marital violence' inflamed my old knee injury. 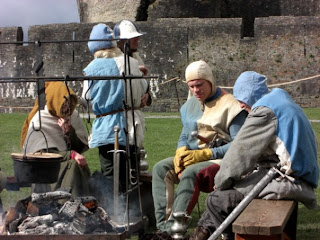 And the weather..........oh, the weather this year has been atrocious.......at Easter it snowed and froze at the formerly delicious Caerphilly and it rained at some point at almost every event. It even lashed it down in Italy - where it was 40 and sunny last year! Evening fires were few and far between. We either spent our days and evenings inside halls or huddled under the market tent, talking to the members of public who braved the weather.
Even on the weekend of our dear friends' wedding, a magical medieval wedding, it rained about 2 inches and turned the field into a quagmire.

And the final nail in the coffin - we heard today that our last event of the season has been cancelled due to flooding.......echoes of Berkeley Castle! 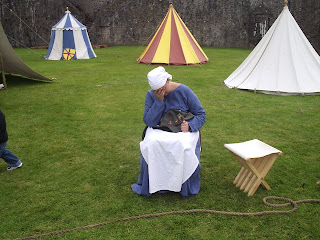 So, given the terrible weather, the leaky old tent, the carpal tunnel syndrome, the sore elbow, the painful knee, the suffering suspension in my car from lugging heavy 14C kit around the area, the constant smell of mildew -
why am I still doing this?
Why am I planning to learn basket weaving to use next year?
Why am I an active part of getting an off-season skills event together?
Why am I sewing a new dress for the Company Banquet?
Why am I already looking forward to next Spring and the new season?
And why am I so inexplicably depressed (reduced to tears to be honest) at the cancellation of this weekend's event?
cq