I have been doing some reading lately. My depression has been very bad, my behaviour much more unpredictable (to the point people are commenting on it), hot flushes, memory failure, sleepless nights, loss of libido, cold sweats, upset stomach...

hmm, once I put my various symptoms together it all starts to look worrying familiar... 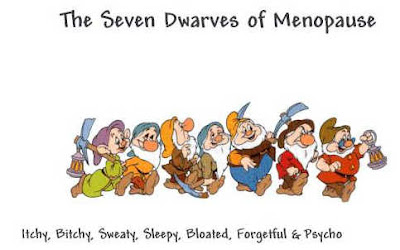 I think I may be officially 'getting old'. The start of the (hopefully!) long road to old age, loneliness, boredom and disability.
I have to go to the doctor and get a hormone test, I think.
Nothing like being optimistic about these things....[brave smile]
cq
Posted by craziequeen at 09:38 4 comments:

Moving On and Staying Still

It's been four and a bit months since my dad died and I still see him dying last thing at night and first thing in the morning...that image and sound has stayed with me.
I am trying to see him like this - him in his heyday working overseas as a geologist when I was young... 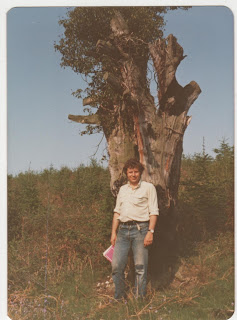 but the recent memories are stronger.
I am so pleased my friend Sarah has scanned in some childhood photos for me and done me fabulous hard copies too.
'Ugly Monster' (my chronic depresssion) has been in resident since before Christmas. It has been my constant companion for the last few months and I have been making a tremendous effort to remember my meds. As a result I have been horrendously run down and have been ill for a month or so. I have missed weeks of work and am physically exhausted now.

But lately someone has lit the candle at the other end of the dark tunnel...
Battle practice has commenced for the new season, which involves advertising Company of Chivalry to the hoi polloi, and the Spring Markets are here, which involves shopping (yay!) and the antici.....pation of our new tent (due to be collected on the 19 March).
I also wetted my medieval appetite with Ironclad. It's a great film about the siege of Rochester Castle in the 13 century with the amazing James Purefoy. Admittedly, they have played fast and loose with costume and 'love interest' but the film was overall entertaining and, mostly, accurate.
More importantly, the Company of Chivalry provided soldiery for the movie and my boys can be seen handling the magnificent trebuchets and fighting in the ensemble scenes. I am so proud!
cq
Posted by craziequeen at 20:30 3 comments: