Finally, my sinuses have broken and the pressure on my face and head is relieved somewhat. Now I'm just sniffing all the time....... 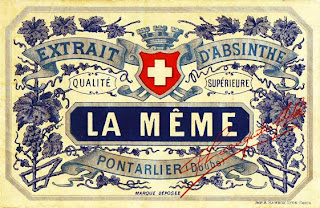 I saw this Meme over at Naomi's blog and thought it looked fun.....and, as it turned out, challenging!

The first thing you have to do is post the rules of it before you do anything else...
So, here they are:
1. You have to post these rules before you give the facts.
2. You must list one fact that is somehow relevant to your life for each letter of your middle name. If you don’t have a middle name, use the middle name you would have liked to have had.
3. At the end of your blog post, you need to choose one person for each letter of your middle name to tag.
Don’t forget to leave them a comment telling them they’re tagged, and to read your blog.

I have two middle names and they are both very old unusual British (one English, one Scottish) names I don't advertise, so I will choose one.
I choose Alison - it is my sister's middle name, and I have always envied her such an ordinary middle name.

A - Ambrose. My beloved boy. Ambrose was a ginger kitten with behavourial problems we adopted in 1991. He loved me and MB, but hated visitors and especially children. He and our girl cat Pandora were best buddies, they co-existed in our lives for ten years incredibly happily. Ambrose was killed on the road in 2001, and Pandora went into decline. He was buried in our garden under a beautiful camellia bush, marked with a stone, and Pandora slept on his grave for three months. She has been sickly ever since he died. Us humans also mourned our ginger boy for years, missing him terribly.

L - Laughter. I strongly believe in the power of laughter in this life. If I know someone sick or unhappy, my wish is to try and chase away their demons, if only for a moment. The age-old saying is true - Laughter is the best medicine. Some people think it is odd that a person suffering depression likes laughter - but sometimes it's all I have. Some things always make me laugh, and the film below is one of those.

I - Initials. With two middle names I have rather a lot of initials - RLRH. Just looking at them written down, they could stand for Really Lovely Royal Highness :-)

S - Sister. My previously mentioned sister is not high on my list of much-loved people in this world. As a child I worshipped her, she was my idol. She was pretty, tall, clever, sporty, popular - everything I wasn't. She ran away from home at 14 (when I was 9) which only increased my admiration of her. When she burst the bubble and I saw her for what she really was, it drove me to the brink of a nervous breakdown. My family is so damaged and fractured, I haven't seen my brother or sister for almost 20yrs. I saw my sister recently, not at my instigation, and I can confirm - I still dislike her.

O - Organised. I'm probably reasonably close to being an organisational freak. I went into work this week while unwell to ensure a bunch of training was properly set up. My boss kept suggesting I went home and when I finally agreed, showing him the paperwork I had prepared, he said I was scarily organised........

N - November. The month of my birth. I was two weeks late, and should have been born on my great-grandaddy's birthdate - exactly 100yrs after his birth (19th October 1864). But I disappointed my mother in that respect. So I am a Scorpio and should have been an Libra - no wonder I'm confused! Luckily my Chinese sign would be the same......

I'm going to be brave and break the rules - I'm not going to comply with rule #3. If you like this meme, then feel free to take it and use it.

This is a song loved by millions for over 60yrs. The romantic ballad "Cocktails for Two", originally written to evoke an intimate romantic rendezvous, was re-recorded by Spike Jones in 1944 -- as a raucous, horn-honking, voice-gurgling, hiccuping hymn to the cocktail hour. The Jones version was a huge hit, much to the resentment of composer Sam Coslow. This is a theatrical video made for the song in 1945.

a song guaranteed to make me smile and laugh.....

Posted by craziequeen at 09:54

So sorry tou're not friends with your sister.

Glad you have the laughter!

Too funny! You and I both did the same thing today -- and we BOTH stole it from Naomi! Hahaha! Another thing -- I don't "do" siblings either! You did a GREAT job with such a long name! Mine only has 5 letters and I about went MAD trying to think of something for each one... YAY you!

LOL, LOL, LOL....PRICELESS VIDEO CLIP....!! The minute you mentioned Spike Jones and "COCKTAILS FOR TWO" I could hear it in my head! HE was incredibky funny and off center, wasn't he...and happily so, I might add...and you are so right about laughter...
You Did GOOD! This is wonderful...And I agree, it is a difficult one, but so rewarding....
The image of Pandaora sleeping on dear Ambrose's grave....so very touching....! And about your sister....The thing about this MEME over so many others is...for some strange reason it evokes stuff you know is there, but haven't neccessarily expressed quite that way before---AND I don't excatly know why...But this was wonderfukl dear CQ....Thanks for giving me a "Heads Up"...

BTW: WendyWings has deleted her old blog and is toddling of to the gym instead..She emailed me to remove the Casting Call reminder---She had just told me on Monday that she was doing The CC...! I'll write you more about it when I know more.

Glad you ae feeling better! That is some meme! I'm another one with no middle name.

Lovely meme and I really envy you having 2 middle names...I HATE mine with a passion!

Michele sent me to check out your meme. Sorry to hear about your sister. November isnt such a bad month. My daughter was born in November :)

I loved this. :) I am sad about your sister though. But agree with you 100% regarding laughter.

Michele sent me today, but I always visit anyway.

Ah, but I knew this about you already Hon, except the bit about your birth. Do you know I was two weeks late too! ;)

I hope you azre feeling much better. Rest over the weekend and spare a thought for me. I have a whole week of training ahead of me!

It must be going around, like a sumemr cold. I caught that same Meme.

Hello from Michele (with the one L only, so I have been scolded) :)

Yay for smiles and laughter.

What an interesting meme, but I don't think I'd do well at it.

Michele sent me, have a great weekend.

I was talking about you yesterday to a friend who is an animal lover and a cat person...Talking to her about your beloved Ambrose and the very dear sensitive Pandora....So very touching...!

Hey, my dear, if you get a chance come on by and see the pretty flower I posted....Such gorgeous colrs---I think it might clear your sinuses even more! (lol)

hmm, Uisce has no middle name. doesn't even have a last name that we're aware of! I think I feel a contest coming on. :)