Britain is set to be hit by more heavy rain following severe floods which killed at least four people.
Forecasters say up to 50mm (2in) of rain could fall in parts of the country on Saturday, and the Met Office has issued an early severe weather warning.
More than 3,000 properties in the UK have been flooded, it is estimated.
Fire crews have rescued around 3,500 people this week. The Fire Brigades Union has described the rescue effort as the "biggest in peacetime Britain".

FBU General Secretary Matt Wrack said the fire service had received more than 7,300 calls to flood-related incidents on Monday and Tuesday, and warned it was being stretched to the "point of collapse".
He accused the government of underestimating the scale of the flood.
Hundreds of families in the worst-hit areas are still unable to return to their homes, and thousands are still without power.
However, more rain is predicted.
There is expected to be rainfall of 15-25mm (up to 1in) on Saturday, although some places could see 40-50mm (up to 2in). BBC weather forecaster Jay Wynne said: "Today it's a pretty reasonable day. One or two light showers. There will be some rain overnight.
"The main event is going to be this weekend. There will be plenty of wet, windy weather across the country on Saturday.
"It could be quite nasty. The good thing is it's not going to be a stalled weather front where it's stuck in the same place. This system will be moving through."
This week's floods have been most severe in Yorkshire, Lincolnshire and the Midlands.

The Queen has expressed her shock at the devastation caused by the flooding. She said her thoughts were with people who had lost family, friends and homes.
And Prince Charles intends to visit flood victims on Friday.
One of the flood-related deaths occurred at Hessle, near Hull, when Michael Barnett, 28, got stuck in a drain.
In Sheffield, Peter Harding, 68, died in floodwater after leaving his car.
In a separate incident in the city, 14-year-old Ryan Parry was killed when he was swept away in the River Sheaf at Millhouses.
At Pershore, Worcestershire, county court judge Eric Dickinson, 68, was found dead in his submerged car.
The Environment Agency has in place 10 severe flood warnings and 52 standard flood warnings.
Story from BBC

Apparently, the West is facing the brunt of the new wave of rain tomorrow ..........[battens down the hatches] 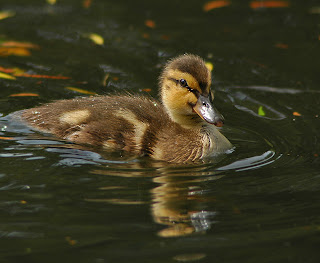 Posted by craziequeen at 20:23

Hi, cq! Michele sent me this time, like in the old times :)
I have seen the floods in the news, terrible thing... (together with the bomb alarm in London today).
I hope the weather will stabilize somewhat in the next days...I am also thinking about the heatwave and fires in Greece, how terrible.
Wishing you a nice weekend, nevertheless...

Oh yes, the ducks are doing just fine! It is such weird weather we are having!

It is very sad about those who died :( Condolences to the families.

Michele sent me this time Hon, but I usually pich up don't I? :)

by the way michele sent me to say hello

My father also suffered when one of the major rivers running through Sheffield burst it's banks. He set off home from work at 3pm, and finally arrived home at 10.30pm. The journey should have taken him 30 minutes. Sheffield was gridlocked.

I've seen so much in the news about the flooding, and I only hope and pray that things get better soon. The power of Mother Nature is overwhelming, and the loss of life at her hands is devastating.

I'm keeping my fingers crossed for everyone affected by the terrible weather.

I need to send an e-mail to my cousin in Sheffield and see if he's OK. It seems crazy that the rain in the UK is even heavier than the rain in NZ - after all, it's winter here. Michele sent me over with warm, dry wishes.

Hello, Michelle sent me-
and this is a wonderful site.
I do hope your weather lets up soon - I will definitely be back to read more - I am very impressed by the Race for Life writing.
Karen

Between Mother Nature and bombs being left in cars, I think the UK is having a tough few days of it.

I'm praying that things settle down soon. You deserve peace.

And more sweet pictures of ducks, of course! I had to go "awwww" when I saw it. Such a gorgeous animal.

Michele would doubtless think the same thing. I believe she likes ducks, too.