And my People today are a father and son. Not only that, they are also, respectively a great-grandad and a grandad! Not too shabby!

I have loved the father for years. As a child I admired his looks, dance and singing skills and screen presence, as an adult I have admired his resilience and his persistence in doing what he loves. (oh, and I never knew his cockney accent was bad, because I grew up in Devon and Gloucestershire and didn't hear a London accent until I was into my teens!) 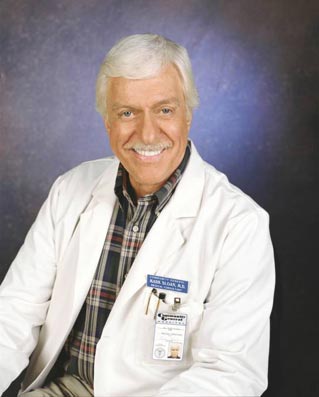 And as for the son. Well, he is amazing, he has his dad's good looks, a body to die for and is a very good actor in his own right. He is also a devoted husband and father to his own family.
[snigger] and of course he's left -handed (what IS it with me and left-handed men? Sheesh!!) 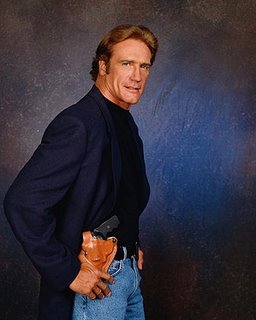 Generation number three is headed up by eldest son Carey who is now father to two little girls.
So there it is, on Fathers Day - a famous father, grandfather and great-grandfather and his famous son, father, and grandfather :-)

A quick reminder why I am running this 'People' series. I am sick to death with the World Cup, and this blog is now a dedicated haven from the madness that is World Cup Fever! And my anti-World Cup theme is 'People'!

Posted by craziequeen at 16:45

Craziequeen - I didn't even know the World Cup was going on. Soccer I presume? Nice tribute to a group of Dads!

Congratulations on your silver medal at the Blog Olympics!

Oh oh oh!! I used to watch those two on that medical Drama tv show thingy. The Dad was a Doctor and the Son was a cop!

You have good taste my dear, although I think I prefer the Son lol. Put it this way, I wouldn't kick him outta bed for farting :D

I LOVE this series CQ! And it is a wonderful idea...(I am so stupid when it comes to this World Cup thingy...isn't it over yet? Is it like the USA "World Series of Baseball? Like, how many more days could this go on??? LOL)

I hope you keep doing this even after that World Cup stuff is over...It is such a lovely tribute to some amazingly wonderful people!

I love this series CQ and the ment feature today would be my list too.

Good choice for dads.
Happy fathers day to them too and congratulations for the silver medal.

And I chose you from her Alphabetical blog roll game and I have picked a winner.

What a fabulous site. Me thinks I shall return

From a non blogger but love to read other peoples thoughts, ideas and crazy sites.

Keep up the great work

I have always admired this dad and didn't know about his descendants... Father's Day is always on March 19th /St Joseph's in Spain. (may I whisper that I am actually watching the world cup? will you still be my friend? there are some good looking men playing too and they are showing some skin.. hey, gotta join the guys when the ratio is 2:1 here, sometimes they are even more!)

What is the world cup? I keep seeing stuff about that? I've never heard of it! :)