Yup, in 1979 the BBC was showing a TV sitcom called Butterflies which starred, amongst other future luminaries of British stage and screen, Geoffrey Palmer. Here he is with Dame Judi Dench, starring in 'As Time Goes By' recently. 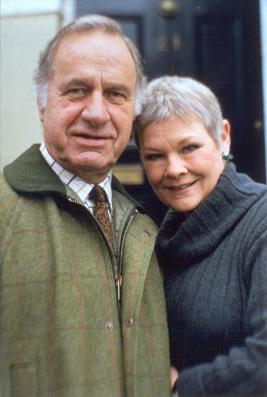 Butterflies was filmed in our town; not only our town, but some scenes (specifically Geoffrey's) were filmed in our road! As the series had two rather nice young men in it and I was a fourteen year old oozing hormones, I decided to go over and ask for some autographs - perhaps one of them would 'notice' me!

I didn't get as far as the young men, as one of the cast was amazingly brutal with me and reduced me to tears in about 10 seconds flat. Enter - Geoffrey!

He took me to one side and helped me into the Mini that was famous the length and breadth of the UK. 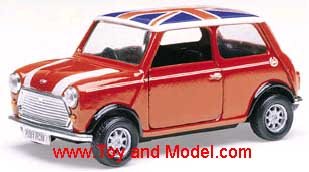 And he talked to me, me - a fourteen year old neurotic mess! Not only did he talk to me, but that lovely man listened to me too. I was miserable at home and miserable at school - but this man wanted to know about ME. We talked about school, acting, music lessons, TV - all sorts of stuff.

OK, so it was nearly 30yrs ago, but I still remember how I felt. I felt human, whole - a real person. Not an awkward daughter, a pain in the arse little sister or a bullied classmate - I was me.

Geoffrey Palmer more than likely doesn't remember his chance meeting with the weeping teenager, but she remembers him with gratitude and warmth.

And I didn't even get his autograph!

I never heard of Butterflies or Geoffrey but he sounds like a GREAT guy! As for Judi Dench I love her. Oh and the Bee Gees I am still in love with Barry!

Rarely do you hear about someone famous with such caring manners. That was very kind of him & he gave you a great gift of himself that day which I'm sure is worth way more than his autograph. Lovely memory!

What a neat memory--and a great reminder that sometimes all we need to do to help is close our mouths and open our ears. Thanks for a great memory.

And thanks for visiting mine.

A rare gesture from a celebrity. This touching memory surely will remain in your heart.

Blessings for a wonderful week ahead.

Thanks for dropping by.

A very wonderful memory! How nice he was to be so kind to a young girl! Thanks for sharing this with us! I love these kinds of stories!

Thanks for stopping by and visiting my MM. I am going to add you to the blogroll!

At least you got their attention.
It was nice they talked to you and soothed you from your tears.
Thanks for dropping by.

Silly girl, who could ever forget you? Sweet story and a very nice man.

Ah bless him! So nice that he did that ... but I want the gossip - which member of the cast made you cry?

You didn't mention Wendy !! as in Craig not me lol.

Love this Memory, my dear...What a sweet dear man. So understanding and kind of heart! Nice to know that! Lovely Lovely story, my Queen!

Great story! We've had movies filmed around here too but I never heard of anything like that happening. Thanks for sharing and for the visit!

A truly beautiful and touching memory. How nice that he was so warm and kind to you!