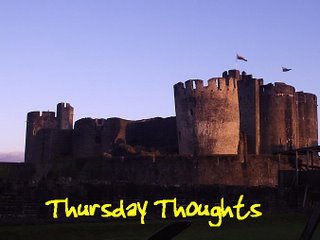 The UK and most of the rest of the world hold their breath and cross their fingers...... 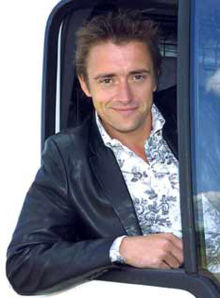 Top Gear presenter Richard Hammond is in a critical condition in hospital after a crash in a jet-powered car while filming for the programme.

The presenter, 36, was taken by air ambulance to Leeds General Infirmary which has a special neurological unit.
A North Yorkshire Ambulance Service spokesman said he was unconscious when they got to the scene and a hospital spokesman described him as "critical".
The Top Gear shoot was under way at Elvington airfield in north Yorkshire.
The airfield is a former RAF base.

Inspector Mike Thompson, of North Yorkshire Police said: "At 5.45pm this evening we received a report via the fire service of a male person trapped in what was described as an overturned jet car which had been driven on the airfield.
"The male occupant has received serious injuries and has been airlifted to hospital at Leeds."
Former Top Gear presenter Quentin Wilson said the presenter was "irreplaceable".
He said: "He is a wonderful, unique and distinctive Top Gear presenter.
"He has brought an awful lot to the programme and his indefatigable energy, the fact that he tries absolutely anything once, may have been the reason that he has overstepped the mark a bit.
"He has turned Top Gear into a gang show with Jeremy and James and the three of them have wowed audiences all over the world and he is an international personality."
The presenter was born in Birmingham, educated in Yorkshire and lives near Cheltenham.
In addition to presenting Top Gear for the BBC, he also fronted Brainiac on Sky One until recently.

Our thoughts and prayers are with his wife and small children.

Update - Hamster is 'stable' and 'improving'. Let's hope there is no lasting damage for this vital young man.

New Update - Top Gear's Richard Hammond is out of intensive care and is making "satisfactory progress", doctors say.
The 36-year-old presenter suffered a "significant brain injury" when he crashed a jet-powered car at speeds of up to 300mph during filming.
Doctors at Leeds General Infirmary, where he has been since Wednesday, said his condition was now "stable".
The accident is being investigated by the BBC, police and the Health and Safety Executive.
Event organisers insisted that proper safety precautions were taken.
A Leeds General Infirmary spokesman said: "Doctors say Richard Hammond is making satisfactory progress.
"This morning he has been moved from intensive care on to a high dependency unit.
"His condition has been downgraded from 'serious but stable' to 'stable'."
The doctors treating Mr Hammond have previously said they are "reasonably optimistic" he will make a good recovery.

Posted by craziequeen at 06:25

Fingers crossed for a full recovery. One of the few presenters on television I actually like!

That is sad to hear. I hope he'll recover fully.

Hoping for a speedy recovery...

I am unfamiliar with him but PRAY that he has a full recovery..He sure has a sweet face in that picture you posted...!

He's SUCH good fun & chocked full of enthusiasm I do hope he pulls through for a full recovery.

thanks for the comment cq, I was very sad to hear on the news about richard's accident. :-( I love him on brainiac and usually watch top gear too. He is a very funny guy - i love that ongoing joke about his teeth being whitened with jeremey clarkson. I heave heard (on the news) that they say he will make a good recovery - I am hoping that he does better than this and makes a FULL recovery.
take care
froggie x

Damn, I remember this guy! I used to watch Top Gear all the time with my ex :S

Here's hoping for a speedy recovery.

Surely this was something that was going to happen eventually with that show?